Small Business Saturday: thank you (and a special!)

A lot of folks might not necessarily think about it this way, but indie authors are also small businesses and small business owners. We get up every day and go to work. We get it done. And we do it to put amazing stories into the world that folks like you are looking for, whether that’s entertainment, escape, catharsis, you name it.

We are here, and like any other small business owner, I’m so grateful to my readers and fans for supporting my small business these past 7 years and helping me grow further. Thank you!

Wow oh wow oh wow. For years this idea was in my head. Now it’s here.

Follow the Black Road, yall.
WANDER is out now, worldwide, in e-book and trade paperback.

Here’s how to get your copy

Paperbacks also available from your favorite physical or online bookstore

Signed and numbered paperbacks also available:
Become a $10+ patron
or
Reserve yours today
Thanks and enjoy a good WANDER!

Every choice leads to another decision. So does not choosing.

We all look back sometimes and marvel at how far away it all is.

Where we came from. Where we might go back again.

Write home instead, but always wonder what to talk about.

At least there’s saying where you’ve been.

Stories are mirrors that show us who we are, have been, and might be.

Every decision is also an option turned away from.

What is one choice compared to the infinity of all possibilities?

What is the infinity of all possibilities compared to one choice?

Stories simulate what could be so we can make what will be.

Sometimes a story is all we have. One bearing on a stormy endless sea.

Sometimes that’s all we need.

The things not explained

Life is a chance. A decision and a destiny.

Every moment and pause, every inhale and exhale.

Mostly, there are things not explained.

The road none take

There are crossroads we ponder.

And then there are the roads that none dare travel.

What if the road that no one will set foot on is the only road left to you?

Where will it take you? From those darkest shadows, will you find a light?

When you are so lost, will you find a way?

Get WANDER, the next Rucksack Universe adventure

Things are trucking along well for Wander. Over the past few weeks, I’ve set up ISBNs, done some other behind-the-scenes things, and am about to set up and start getting print copies (squee!). Are you ready for the next Rucksack Universe adventure?

However… patrons can get Wander 2 weeks earlier, on Oct. 5. If you’d like to get Wander early and get other special access, stories, and more, head to my Patreon and become a patron today.

The key to Wander

You would not believe some of the conversations that happen between editors and authors.

For a 264-page book, during the copy editing and proofing of Wander my editor and I went back and forth multiple times on about 250 words.

At question? The first couple of pages of the very first scene. I had edited it a fair bit, and he had also been working his editorial magic.

Now, though, we had realized something else. The text in question wasn’t just how the title character of Wander was being introduced. The text, said my editor, had to be just right—because it was the key to the entire book.

So we went back and forth. After, I believe, at least six iterations, we arrived at what we both considered just right. That passage is below.

Wander sat at the hostel’s computer. In the monitor’s reflection, dim and faint, as if staring out from another world, was a face that could be any face—male or female, young or old—with any shape, any skin shade, any hairstyle, anything whatsoever. The face of any traveler who has ever hit the road from any place that marked their first step. Wander had an anyoneness, an anywhereness that made Wander everyone in particular. An identity of all possibilities, as if the universe had split into infinite multiverses and anyone could set off on Wander’s journey.

Logging on, Wander wondered how many other people in the world had access to the internet but didn’t have a Facespace account. Or a Twitlinkpinstatoob+. Opening the daypack, Wander took out a small flip phone. A traveler on a nearby couch looked up from her bright-screened, too-big-for-the-hand Apsamgoo iGalixel and smirked. “Trust me.” Wander’s not-too-high, not-too-low voice competed with the beeps and boops coming from the traveler’s phone. “Last thing I need is a data plan or unlimited messaging.” The traveler shrugged. Instead of looking back at her phone, she stared at Wander. A wavy, wobbly silence passed between the two travelers. Wander could see the question forming in the traveler’s eyes. Are you a girl or a guy? A man or a woman? Wander grinned and leaned forward, smoldering eyes narrow. “You’ll never know.” The traveler’s gaze darted back down to her phone. Wander chuckled and returned to the computer.

Patrons can get Wander Oct. 5

The time and place of Wander

“Do you have a phone on you that I can use?” asked Wander. “Or maybe wifi?”

“Phones have cords and wires and are in buildings,” said Awen, “and I’m nobody’s wife.”

“Not wife. Wifi. Wireless. It’s for the internet.”

“Enter what net? Are you supposed to be fishing?”

– An excerpt from Wander

Part of the evolution of a story world is that you figure out a few things in advance, but mostly you learn as you go. Over the years as the world of the Rucksack Universe has expanded in my mind, I’ve figured out more of the past and the world’s status as we see it in the stories and off-screen.

A lot of the stories happen in what we would consider the past… but much of it isn’t our past. Wander is set in Ireland, but it’s not the Ireland we know. The Blast changed the course of the world. The Blast also happened in 1834. The other books you may have encountered so far take place in what for us would be the 1900s.

But here’s the thing. I knew that if I kept to the years we use, that would also bring in the history we know. If I set a book in, say, the 1930s, readers would likely automatically expect something about the Great Depression or World War II. The 1950s or 60s? Mad Men.

Just as we have different year counts for different eras (such as BC’s “Before Christ” or CE’s “Christian Era”), the world of the Rucksack Universe has AB—“After Blast.” 1835 in our world is year 0 AB in the world of my stories.

My hope in my stories is that we find new ways to look at the world and at each other. Tweaking time and place can help us get a new perspective. And in Wander, I’m doing that in ways beyond what I’ve done in any other Rucksack Universe story so far.

Wander comes out Oct. 19. You can become a patron and get it Oct. 5, reserve your signed and numbered paperback, or pre-order your e-book today.

Yall’ve been so patient with me. It’s been two years since The Lotus and the Barley came out—the last book, it turns out, that I would write with a small child in a carrier on my back.

I now have a first-grader boy and a self-described “fixer girl.” But here we are… with, at long last, the cover for the next Rucksack Universe book, Wander.

I’m fortunate to work with a wonderful cover designer. She always does stellar work… but this one… wow, this really got me right in the soul, the heart, the feels.

There’s some story behind this cover, of course. I’ll be going into more of that behind-the-scenes dish over at my Patreon.

Get Wander before the rest of the world

Wander comes out Oct. 19… but patrons can get e-books and signed, numbered copies of Wander on Oct. 5.

Pre-order Wander today, get it Oct. 19

The e-book edition of Wander is available for pre-order now, US$4.99. You won’t be charged until release day. On Oct. 19, the e-book will instantly download to your app or device so you can start reading right away! Pre-order at…

The first 100 copies of the trade paperback edition of Wander will be available signed and numbered, for $20 (includes the book and US shipping).

Closer to the release, I’ll confirm your reservation and we’ll make arrangements for payment and shipment. And remember, a signed and numbered edition of Wander is perfect for the holidays!

Need to catch up on the Rucksack Universe?

Don’t worry, Wander won’t spoiler any of the other four books, and none of them will spoiler Wander!

All titles available worldwide in e-book and trade paperback. Get caught up on the series now before Wander comes out Oct. 19:

The Martini of Destiny

The Lotus and the Barley 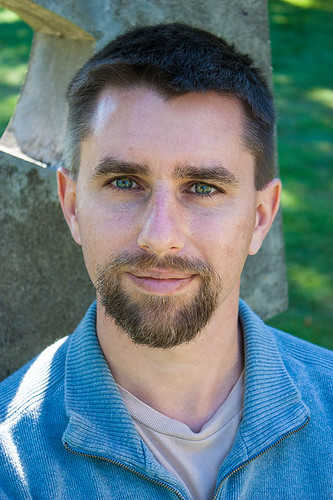